Advantages of being a union carpenter generally means higher pay, regular raises, better fringe benefits and a collective bargaining agreement that spells out terms and conditions on the job. Members have access to tuition-free training and upgraded classes that happen on-the-job and in our training centers floors, assistance with finding work, professional development and leadership training, and a say in contracts and working conditions.

Belonging to a union means you are not alone if your boss wants to fire you, pays you late, refuses to pay you overtime, unilaterally cuts your pay or plays favorites. You are not on your own if your boss tries to deny you the workers’ compensation and unemployment insurance you have earned.

The Regional Council has a sophisticated job referral system to help you find work with various contractors, so you don’t have to be tied to the peaks and valleys of one company’s fortunes. If times are tough, you can even work for union contractors anywhere in the United States without losing benefit coverage or having to start from scratch.

Strength in numbers gives North Central States the ability to participate in collective bargaining, Union construction workers earn, on average, 60 percent more than nonunion workers doing the same kinds of jobs, according to the federal government.

In addition to higher wages, union workers typically have more benefits and typically pay less out of pocket. In our region, most members have family health insurance, prescription drug coverage, dental insurance, vision coverage, a pension, disability pay, a death benefit and a savings plan.

George I. Long is an economist in the Division of Compensation Data Analysis and Planning, Bureau of Labor Statistics. 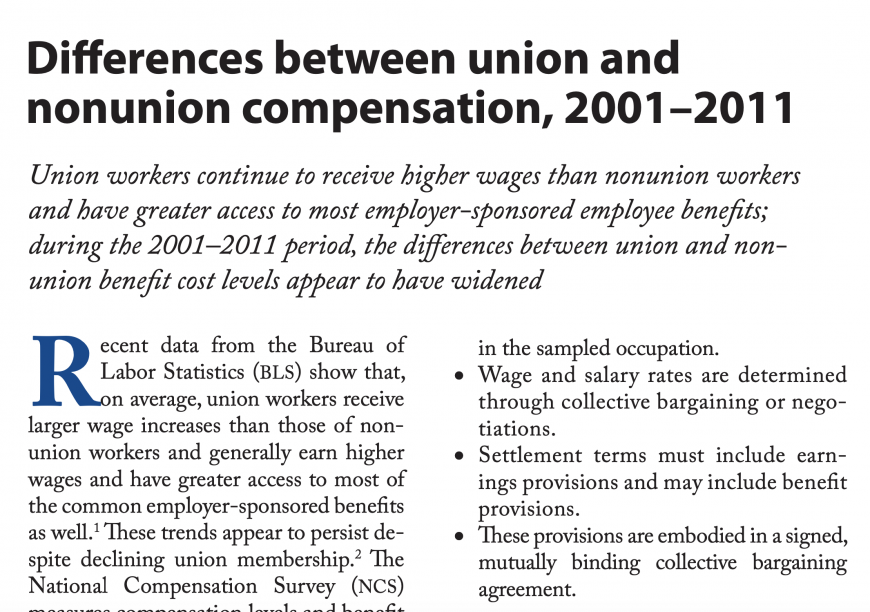 In December 2011, private industry union workers earned more per hour than their nonunion counterparts in all major occupational groups except management, professional, and related occupations. 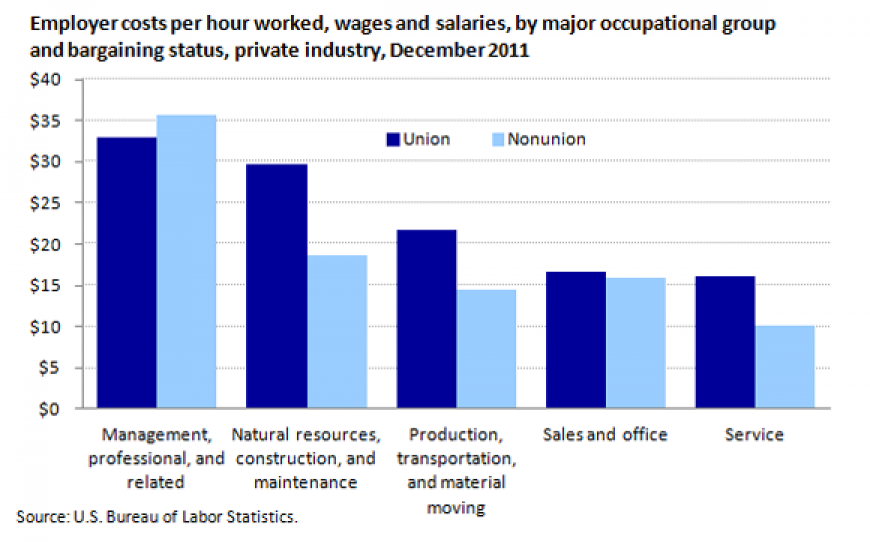 Success in the New Economy

If you have questions further questions, please submit the contact form below.

Sign up for text and email updates to stay connected to the latest news and events.