The story behind the bee.

Mark Smith told us one day about a tv program he was watching in the wee hours of the morning the night before- he couldn’t sleep.  It was about a hive of bees that were attacked by a neighboring hornet.  The hornet was fortified with a natural armor that could not be penetrated by the bee’s stingers.  It waited outside the hive, and one by one as the bees came out of the hive to defend their home the hornet would stun them.  As a mass of bees piled up at the base of the tree, they came to their senses.  All at once they surrounded the hornet together.  As they did, the vibration of their wings created heat that became so intense, it cooked the hornet from the inside out.

“That was SOLIDARITY,” Mark explained.

I thought about that story for some time.  As I began to work with the people in Hawkins WI at the Jeld-Wen plant I began to see similarities between the bees and the workers.  Both hard working, industrial in their job and humble, task driven and determined.  Both underestimated.  Yet, when empowered out of their stupor by a sense of unity, they could tangle with anyone- even a multi-billion dollar corporation.  I shared the story with the workers at a meeting, they identified with it, and so began their awakening.  They began to organize, building their union from 22% membership to 60% in a matter of a few months.  They won the best contract they have had in many decades.

Going forward we look to brand the Industrial Bee along with the traditional branding of NCSRCC.  It takes the UBC and Council’s identity and incorporates the Industrial bee with a honeycomb shield.  This represents our traditional strength, unity and excellence to market directly to the Industrial Workers. 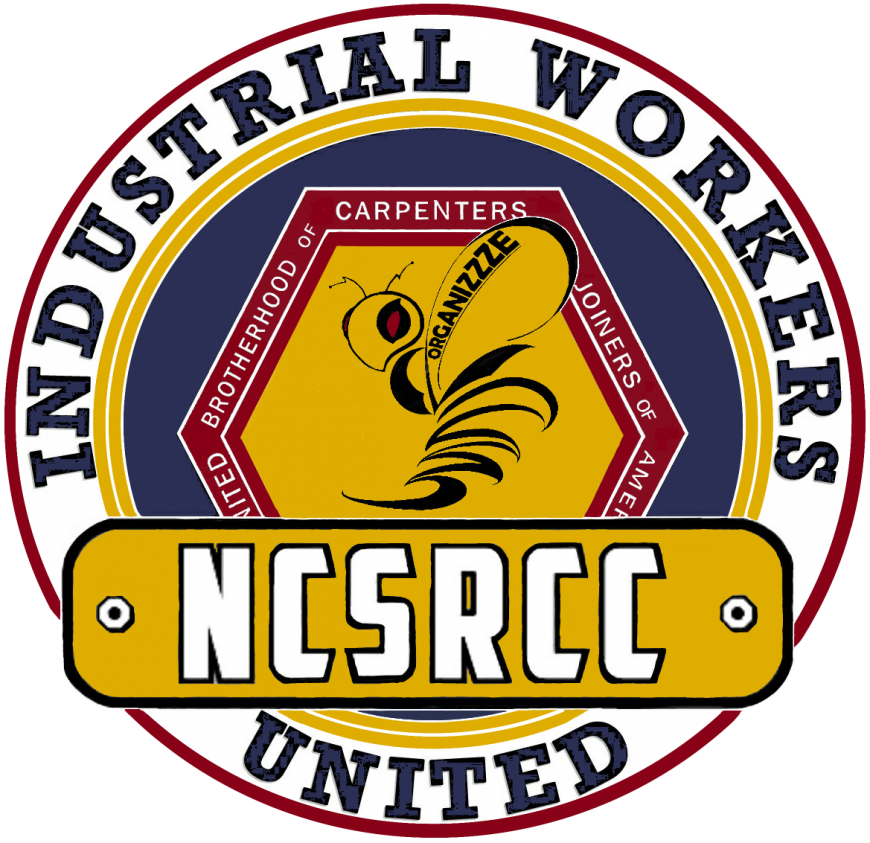 Sign up for text and email updates to stay connected to the latest news and events.